"Summer in Scotland?" - The Auld World and the 'Green New Deal'

ICYMI: The scientific reasoning behind climate change is pretty clear...excess production of greenhouse gases, mainly through fossil fuel consumption, traps the heat from the sun's rays inside the earth's atmosphere which leads to disruption in established weather patterns and far reaching changes to the climate.

Leaving aside (for now) those who claim this is 'not a thing', there are many others who are resigned to believing that "nothing can be done" I beg to differ and want to highlight a rather surprising example of what can happen, either by design or circumstance or both.

If one were to look at the Scotland of the Industrial Revolution, especially the cities and towns of the Central Belt, you would not be far from wrong to assume that it was a country of heavy industry and hard living.

All was built on the back of a coal-fired steel industry, the engagment of plentiful (cheap) local labour, engineering ingenuity, accounting acumen and capital from the Captains & Barons of Scottish commerce (where many fortunes were built on the spoils of colonialism: tobacco, alcohol, slavery etc.).

Glasgow grew to become the 'Second City of the Empire' and was responsible for the manufacture of more ships and steam trains than any other place on earth right up to the years immediately after the First World War.

But that was then...the decline began post WW2 and accelerated through the 1970's with coal then steel then ship & car building all falling foul of underinvestment, political meddling, commercial mismanagement, dogmatic union leadership and global competition.

On the energy supply front, Scotland had for centuries relied on a mix of wood (which resulted in the destruction of the Great Caledonian Forest) and peat (nowadays only used by some outlying crofters and distilleries). Coal became the 'fuel du jour' for a long time and even persisted after the closure of local mining with the last two coal fired power stations closing in 2013 and 2016 (reducing the country's greenhouse gas emissions by 40% in the process).

So what happened that allowed the transition? Obviously, oil & gas had played a significant role especially after the discovery of major reserves in the North Sea, largely within what would have been proclaimed as Scottish territorial waters had the nation been independant (a matter that further 'fueled' the cross border animosity with the Westminster based national government).

The original forecast estimated 20 years worth of production but that was 50 years ago although, in fairness, the North Sea now produces way less and more expensively than at any point in this period.

The real transition has been down to renewables, principally wind, on and offshore, with a sizeable (and growing) contribution from hydro (a source that had been exploited for decades previously) as well as wave (see Salter's Duck), tidal and biomass driven projects.

The outcome is that Scotland hasn't used coal to generate power for several years, produces the majority of its electrical needs from renewables and has become (and will grow as) a net exporter of clean energy.

And the government has taken a lead role in the drive towards net zero emissions:

Rather circuitously, offshore windfarms, in particular those close to a certain golf course on the coast north of Aberdeen, lead us to the comic book villain of this piece, Donald J. Trump

President Trump famously sued to have construction of the farm blocked and lost! His actions and pronouncements on wind power since have confirmed his scepticism about the technology as well as its safety (kills birds, causes brain cancer etc.). This at a time when the USA is one of the world's most enthusiastic adoptors of it as well as solar!

However, Trump's refusal to 'follow the science' and his dismissal of climate change as a hoax has been reflected in the actions of his administration both domestically and internationally. 'Old Power'...coal, oil & gas etc. have all seen a resurgence in federal support on the back of the promise of jobs and American energy independence.

Environmental regulations have been stripped away with permission even being granted for drilling to commence within the Arctic Circle and off the Pacific West coast, areas previously deemed off-limits.

For the main part, these industries are in decline, the USA has hit 'Peak Oil', that point from where production will only decline, in this case driven by two factors: cost of future production as reserves become more distant and difficult to access and secondly by the fall in the relative cost of alternatives.

Fracking and shale or tar sand extraction are dirty and environmentally damaging, they don't create mass employment and the reserves deplete rapidly. Additionally, there are huge issues with transportation with pipelines driven through tribal homelands plus frequent train and pipeline spills and explosions. The threat of pollution is ever present (remember the Gulf of Mexico) and cleanup comes at a massive cost.

Whilst the USA can now proclaim itself as a net exporter of oil, having for decades sat on it Strategic Reserve by not accessing it's own in-country stores, it still has to subsidize domestic fuel prices and the 'cherry on the cake' from Trump's team has been to cut back on the vehicle emission regulations that had been driving down pollution and raising efficiency.

ironically, one of the routes out of this situation seems to rest with a liberterian leaning immigrant in Elon Musk. His numerous transportation ventures, mostly notably the Tesla car company, have been trailblazing the way to a very different mass transit world (and even on an inter-planetary basis).

Then, there is the so-called Green New Deal. We have all heard about it but who has actually taken the time to review its contents and true impact, I am a little embarrassed to admit that after an initial read when first publish three years back, I did go through it but only recently picked it up again as it seemed that some of its basic core tenets might be getting a dusting down...who knows but just in case you want to understand where the USA could take itself, check out this piece (and all this against the backdrop of the US General Election):

The simple fact is that many new technologies may require a degree of active government involvement, support and investment. And if you can subsidize 'old' tech then you should equally support 'new' tech especially when there are significant inherent benefits attached to their success i.e. less pollution, improved general health, lower capital expenditure, more jobs etc.

Somewhat ironically, the rise of the solar panel industry in the PRC was on the back of the German government's incentive plan for switching domestic users to solar and selling any excess to the national grid. The Law of Unintended Consequences in action but the point is still valid and the outcomes positive.

As for the remainder of the rUK, the story is somewhat muddled by the politics of the recent past, not least the current PM's lack of clarity and leadership as evidenced by these recent pieces in the popular press.

Similarly, the infamous HS2 project (a high speed rail link between London and Birmingham and possibly points north of there but not as far as to Scotland) whilst espousing the cause of public transport is so hopelessly over budget and time that all potential benefits will be lost over a very short period.

Laughingly, in an attempt to bolster support for the project, it was at one point suggested that the route could also be utilised for a pipeline to bring water down from Scotland to the increasingly parched southlands. (For reference, the single largest body of freshwater in Scotland has a greater volume than the 25,000 loughs and lakes of the rUK combined! So could water conceivably become Scotland's new oil???).

So what of the future...who knows...but the fact remains that we need to move toward sustainability at a faster rate than ever recognised previously:

We need to change! Government policy globally needs to embrace pragmatic environmentalism and provide the incentives required (as well as discontinuing the one's that aren't) to change behaviours, we all need to wake up!

There is a long way to go and in a relatively short period of time but if anything can give us hope, it could be the example of a 'small' European nation that, in some respects, was forced into doing the right things. And who could ever have imagined that that would be facilitated by the one thing that had blighted the tourist reputation of the country forever...it's legendary wind and rain!

The other source of hope is the fact that for every issue that faces us today, there is a technology that can be employed to address and largely solve it...we literally have the power!

And what of Glasgow, I hear you ask...

...fitting for the city whose name translates from the native Brythonic Celtic tongue as 'dear green place'.

And finally, we return to the question posed in the title of this article...'Summer in Scotland? My favourite day of the year!' and long may that remain the case! 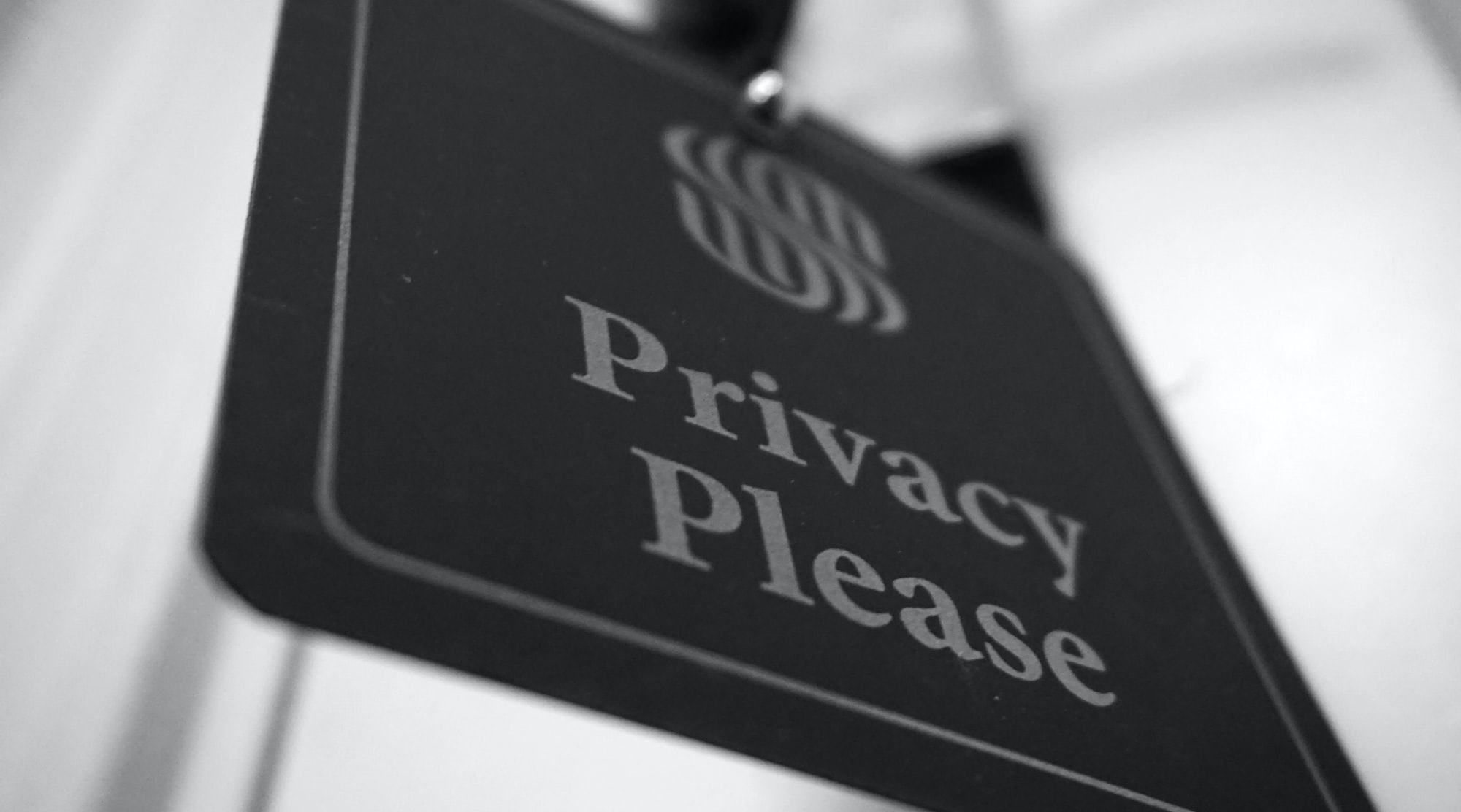